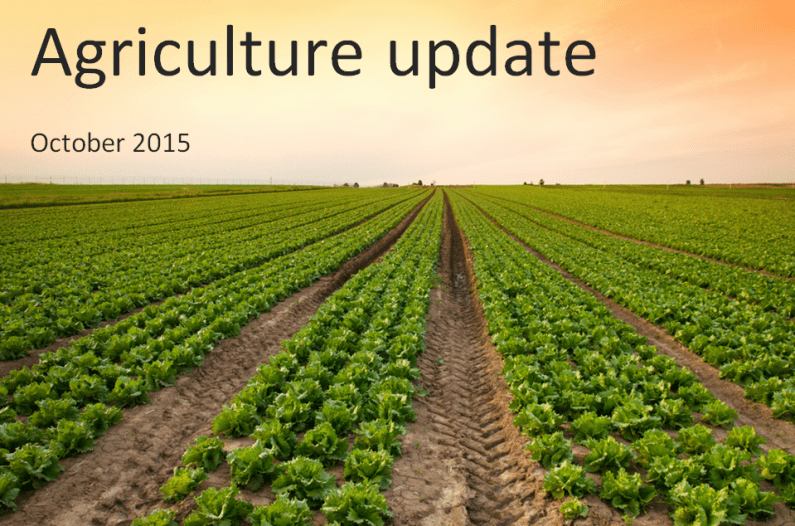 Welcome to our second agriculture update for UK farmers, a new monthly edition on the Hawsons website.

From the 1 October 2015, the UK National Minimum Wage increased.

The new rates are:

Could Defra be disbanded in new government cuts?

There are rumours abound that Defra could be disbanded in the latest round of government cuts, with confirmation set to be announced in late November. Prior to the General Election there were similar rumours surrounding the future of Defra; however, this time, the rumours are said to be more serious as the government plans more severe spending cuts.

Although the future of Defra and farming policy is still unclear, initial thoughts are that a disbanded Defra could see farming policy made the responsibility of the Department for Business. We wait further news and confirmation on this.

Is there a very real crisis concern in UK farming?

The Prince of Wales attended a farm crisis meeting with key figures in the farming and rural sector in Derbyshire on 23 October convened by his Countryside Fund Charity. Clarence House said it would “explore the immediate actions and commitments that are needed to avert a major crisis…over the winter.”

Concerns have been expressed about the future of many UK farm businesses due to low commodity prices, erratic weather conditions and potential delays in support payments. Claire Saunders, Director of the Fund, said: “By fostering a greater understanding of the challenges facing farming we will go some way to help to solve them.”