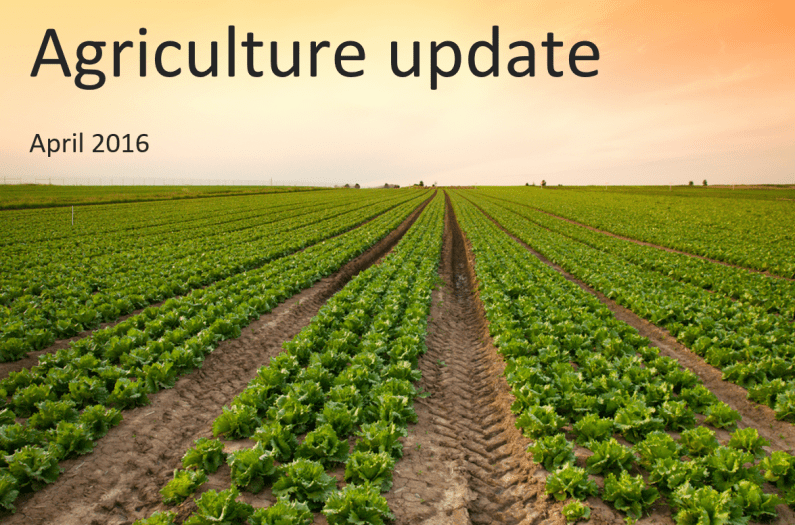 Welcome to our latest agriculture update for UK farmers.

Farm leaders have warned that the introduction of the new National Living Wage will devastate the UK horticulture sector. From 1 April 2016 the new rates come into force, meaning workers aged 25 and over must be paid at least £7.20 per hour.

From its starting point of £7.20 per hour in April (50p above the current National Minimum Wage), the National Living Wage is projected to rise to more than £9 per hour in 2020.

A report from Christie + Co, using data from The Resolution Foundation, found that the estimated wage increases by 2020 for the agriculture, forestry and fishing sector is 1.7%. This is almost three times more than the average UK sector.