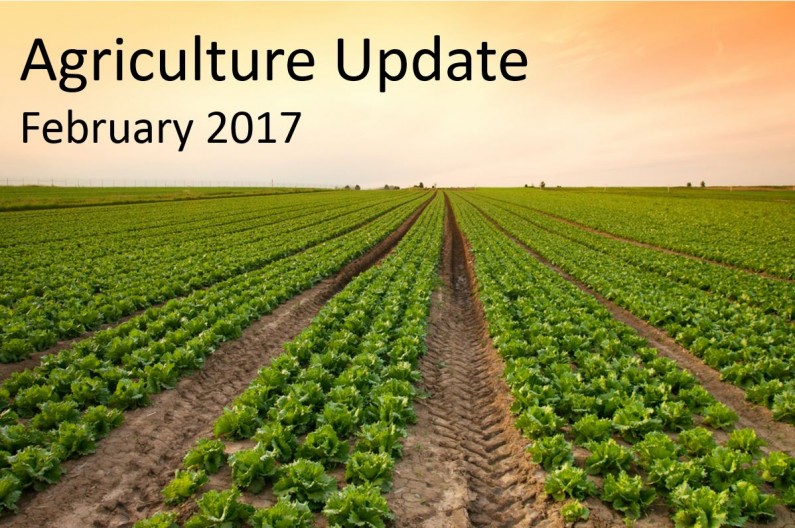 The government White Paper (WP) on Brexit was issued on 2nd February 2017. The Governments priority is stated as securing the most open trade possible in goods and services between the UK and the EU. The WP quotes that UK exports to the EU of agriculture, fisheries and food products were £11bn in 2015. Imports were £28bn and 70% of our annual agri food imports come from the EU. The report says that this underlines the mutual interest of the EU  and the UK to ensure continuing market access.

Currently, tariff-free trade with the EU is only possible by being a member of the EU Customs Union, meaning a common tariff on imports from anywhere else in the world. The WP wants a new customs arrangement with the EU rather than a Customs Union so that the UK is not bound by the EU’s common external tariff.

The precise form of this new agreement will be the subject of negotiation. The UK will want tariff-free trade with the EU but also possibly with other countries such as the USA, Australia and New Zealand. The figure below shoes possible trade options post Brexit: 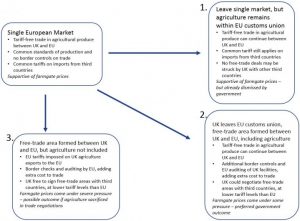 Strutt & Parker have reported their expectation that land prices will increase by 3% for the next three years and then by 10% per annum. Independent Consultants Volterra have suggested land values will fall by 7% each year until 2020 after which they will remain static for two years. Savill’s have said they expect average land values to increase by 5.5% over the next five years.

Strutt & Parker’s report also showed that 25% of land marketed in 2016 was unsold or withdrawn. This is the highest proportion since records began in 1996, indicating a lack of demand.