Agriculture update for UK farmers – May 2016 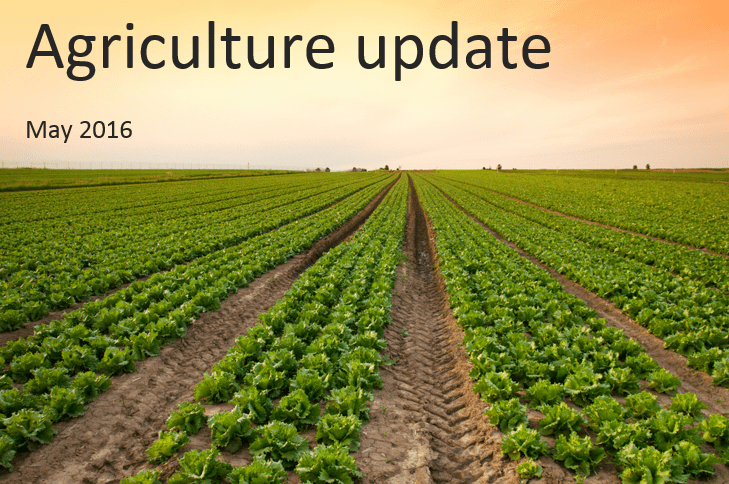 Welcome to our latest agriculture update for UK farmers – May 2016

The main reasons for the steep decline in TIFF have been the slump in commodity prices globally and the strength of sterling reducing support payments.

Looking ahead to the rest of the year and Andersons Farm Consultants forecast that TIFF for 2016 will be just under £4bn, based on a weaker pound. Uncertainty surrounding the EU referendum has weakened the sterling and, if this continues, then the sterling equivalent of support payments will rise and exports will be more price competitive.

No succession plan for 70% of young farmers

A Farmers Weekly survey of 61 young farmers has found that 70% do not have a succession plan in place.

Of those that responded, almost one in three had not spoken at all with their parents about the family farm’s future. Fear of offending and embarrassment to parents were found to be the main causes of non-discussion of the issue.

Succession is widely held as one of the central management issues in the agriculture sector, and is an issue farmers need to start planning ahead for. Whether you’re thinking of passing on the business to the next generation or selling the business to a third party, succession only really succeeds optimally when it is prepared for.