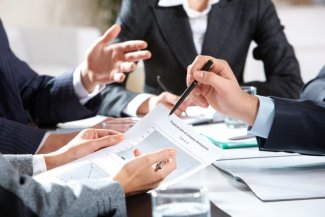 Nicky Morgan, chair of the Treasury Committee, has called on businesses to alter the way they award bonuses, as the current culture may be placing women at a disadvantage

“In the current bonus culture, – whereby individuals argue how well they have performed – it’s perceived that men argue more forcefully for bonuses, which can be a disadvantage for women,” Morgan, who has previously called for firms to “abolish their gender pay gap and support the progression of women”.

The committee’s Women in Finance report, published today, suggested that performance related bonuses should instead be “assessed against clearly objective and formulaic criteria”.

Culture was seen as one of the major barriers to gender diversity in financial services, with the benefits of diversity including “better financial performance, reduced groupthink and more open discussions”.

Workplace culture is also significant in determining a focus on diversity “right at the start of the recruitment process”, the report said, while a culture of presenteeism (coming in to work while physically unwell) was flagged as another barrier to women’s inclusion at senior levels.

She also addressed the negative impact maternity leave could have on their careers, while PwC partner Jon Terry pointed to the fact that women can often return to “less remunerative and less senior roles than they have left”.

The report urged employers to communicate the opportunities to those returning from maternity leave “so that women can make decisions about their careers without impediments”.