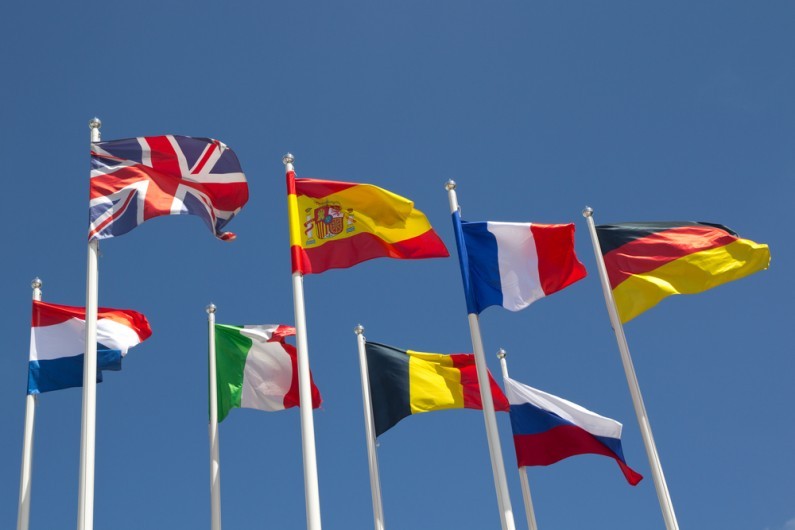 A group of personal wealth advisors from within the HLB International network met for a meeting in Tilburg, the Netherlands, on 20 and 21 November 2015. There were representatives present from the USA, the Netherlands, Belgium, France, Germany, Ireland, Spain and the United Kingdom.

The meeting was very useful for all those present to be able to gather additional information to take back and to give advice to clients in each country. Being a member of HLB International is very important for Hawsons, enabling the firm to support clients both nationally and internationally.

Hawsons is a member of HLB International, a fast-growing, dynamic network of independent accounting firms and business advisers. Formed in 1969, HLBI is a mid-tier international accounting network, servicing clients through its member firms in over 100 countries. Through this network we can provide you with strategic, business and taxation advice relevant to the countries in which you are operating.

Read more in the HLB corporate brochure below. 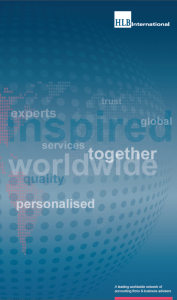 The meeting began by considering the new European Succession Regulation which came into force on 17 August 2015. Of the 28 countries within the European Union, all have signed up except Denmark, United Kingdom and Ireland but the Regulation is still important for citizens of those 3 countries as they can apply the Regulation to assets situated in the other 25 countries.

Marc Lichtenberg of HLB Van Daal and Partners from the Netherlands explained that the new Regulation meant that it was the law of the state in which a deceased person has his ‘habitual residence’ at the time of his death which would generally be applicable. It was noted that habitual residence was a poorly defined term and that the meaning would only become clear as case law developed within Europe.

The law does give an individual the right to choose, as the law which governs his succession, the state whose nationality he possesses at the time of death. As a result of this it was important that all EU residents consider the Regulation and complete a certificate or will, to make it clear which law that person wanted to apply. The Regulation is relevant under civil law but does not affect the tax position in each individual country.

The group then had a presentation from Hal Terr of Withum Smith & Brown and Mike Criddle of Eide Bailly about US succession taxes and in particular estate tax.

Tax planning in Germany consists of trying to give away all assets during lifetime using Usufruct and other techniques. The generous German regime meant that the plan was always to try and give assets away by anticipated succession and therefore not to face inheritance taxes at the not foreseeable time of death.

Kevin Bunting of Lovewell Blake and I (from Hawsons – both in the UK) explained about the new UK rules on real estate investment by foreign investors, including annual taxes on enveloped dwellings and the new non-resident capital gains tax charge which applies to UK residential property from 5 April 2015.

We also explained about the full exemptions from Inheritance tax that exist for the transfers of trading company shares and trading businesses, and the lifetime gift regime which allows unlimited transfers of assets from individual to individual without Inheritance tax as long as the person making the gift lives for 7 years after it is made.  Care is needed not to incur capital gains tax on lifetime gifts of investment assets though.

Succession tax planning is very important for non-residents holding real estate in France as the succession taxes are very high (60% for example between non related persons). A tax exemption of €100 000 per parent and per child is applicable every 15 years.The tax planning can consist of transferring the bare ownership to the children whilst the parents retain the usufruct.

The application of a foreign civil law in accordance with the European Succession Regulation emphasizes the risks of a high taxation in France for non-residents. Claire also stressed the ability of non-residents to claim refunds of the French social contribution levied on rental income and capital gains from real estate owned in France since 2013 (and possibly from 2012).

Ludmila Frangu of Bové Montero y Asociados explained about the importance of all foreign real estate owners in Spain having an NIE ID Number and took us through the complex Spanish Tax rates relating to property ownership caused by the different regions of Spain having different rates of tax.

Along with France, Spain was a popular choice amongst Europeans for holding a second residence or holiday letting property and there were many issues which taxpayers from another country should be aware of in making such an investment, including the choice of vehicle to be used, which would often be a company.

Estate and gift taxes in Belgium

Pascal Dechamps and Marc Dierckx of HLB in Belgium explained about estate and gift taxes in Belgium and made the point that there were two types of succession tax imposed, depending on the circumstances.

A succession tax is levied on an inheritance received from a resident of Belgium and this applied whether the recipient of the inheritance was a resident of Belgium or not. This applies on the worldwide wealth of the deceased. For a non-Belgian resident deceased person, a transfer tax applies only on the value of real estate assets located in Belgium. This applies whether the recipient of the inheritance is Belgian tax resident or not. Belgian Law provides for favorable tax treatment for gifts of assets which can be physically handed over, and capital gains on real estate and shares owned by individuals.

Mark Butler of HLB Sheehan Quinn took us through the Irish Estate Tax regime and, despite Ireland having an attractive rate of corporation tax at 12.5% for trading businesses, it was surprising to hear that Ireland has a 33% capital acquisition tax which applies to gifts and inheritances of assets. There are various reliefs available to mitigate this tax although careful planning is required.

Many clients hold assets in more than one country including homes and rental property but also business assets and stocks and shares. It has become very important to be able to offer advice on succession issues and wills to such clients.

Although it is not the tax advisers’ main job to draft documents, it is important to have a close network of colleagues around the world with expertise to be able to point out the issues that need to be kept in mind when formulating a worldwide plan to minimise tax on succession.

The meeting was very useful indeed for all those present to be able to gather additional information to take back and to give advice to clients in each country. Businesses are trading internationally more than ever before and this is an area we are working very-closely on with our clients. Whether you’re expanding overseas from the UK, expanding to the UK from overseas or planning for international tax and VAT, our membership of HLB International can help; it is vital your accountant has access to expertise throughout the world. Find out more on our international tax page here.

The meeting was also a good opportunity to meet up with our worldwide colleagues and to strengthen relationships.

Below are a couple of photos from the HLB Tilburg weekend, including a team meal and a photo at the Stadium where we watched Willem II (Tilburg) v PSV Eindhoven, a game which finished 2-2. 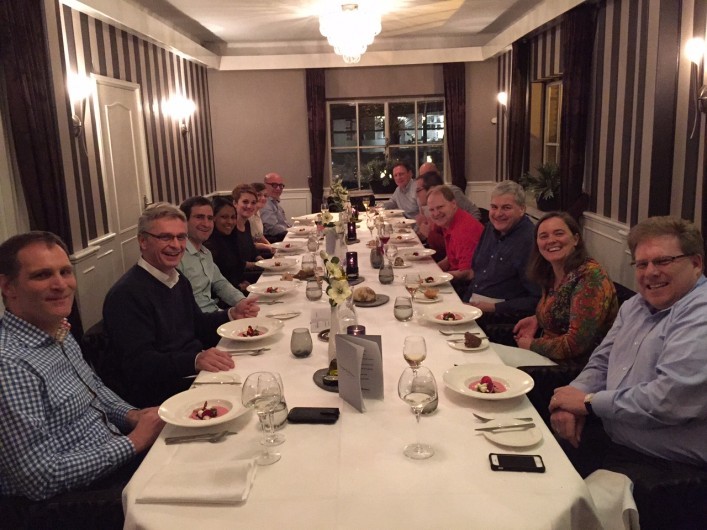 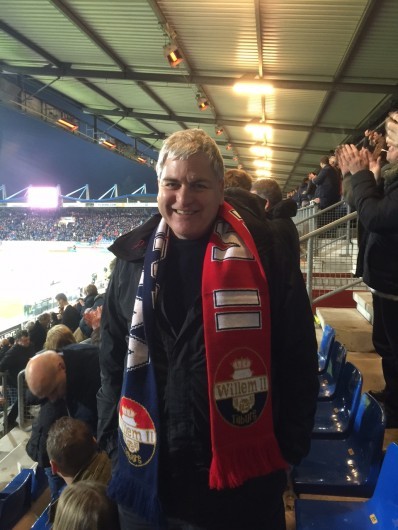