Over the last two years GP contact with patients increased by 7.5% 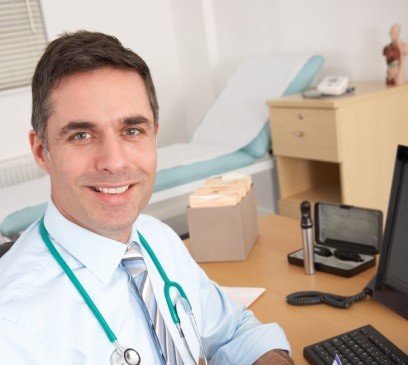 Over the last two years GP contact with patients increased by 7.5%

Over the two years from 2014/15 to 2015/16 the amount of face-to-face and telephone contact between GPs and their patients rose 7.5%, according to a leading think tank.

According to data from the Kings Fund, contacts between GPs and their patients rose faster than registered population, leading to further evidence the strain being placed upon GPs.

These figures come a couple of weeks after GPC chair Dr Chaand Nagpaul criticised the rising GP workload, while also warning that as many as one in four appointments were avoidable.

Telephone contacts between GPs and patients had risen by 24% over the two year period, while face-to-face consultations had risen by 2.8% – contributing to the 7.5% overall increase, according to data published by the Kings Fund as part of its quarterly monitoring report on the performance of the NHS.

Despite the Government’s promising to increase GP numbers by 5,000 by 2020/21, GP numbers have actually declined in 2015 and 2016, which highlights the think tank’s data that GP numbers have deteriorated as consultation rates continue to be on the rise.

Consultations with the elderly has risen sharply by 25% in the third and fourth quarter of 2016/17, compared with the same period in 2014/15. However, with that being said, the majority of consultations remain to be aged between 18 and 64.

According to the Kings Fund and a sample of 202 GP practices, the total number of patients registered with a GP has increased by 2.4% over the two-year period, and the average number of people registered with each practice rose by 6.2%.

The data also pointed to the fact of the record amount of referrals from primary to secondary care, perhaps reflecting the growing pressure on general practice. Adding to that, the hiring of more non-medical staff as practices struggle to recruit GPs.

Scott Sanderson, Healthcare Partner at Hawsons, had this to say: “These statistics show the struggle that general practice faces today. The fact the Government pledged to increase the GP workforce by 5,000 and yet the total number of GPs is declining show a sector that is clearly struggling. It is pleasing to see that many practices are now adopting telephone appointments, where appropriate, in order to increase efficiencies and to be able to service the ever increasing demands.”