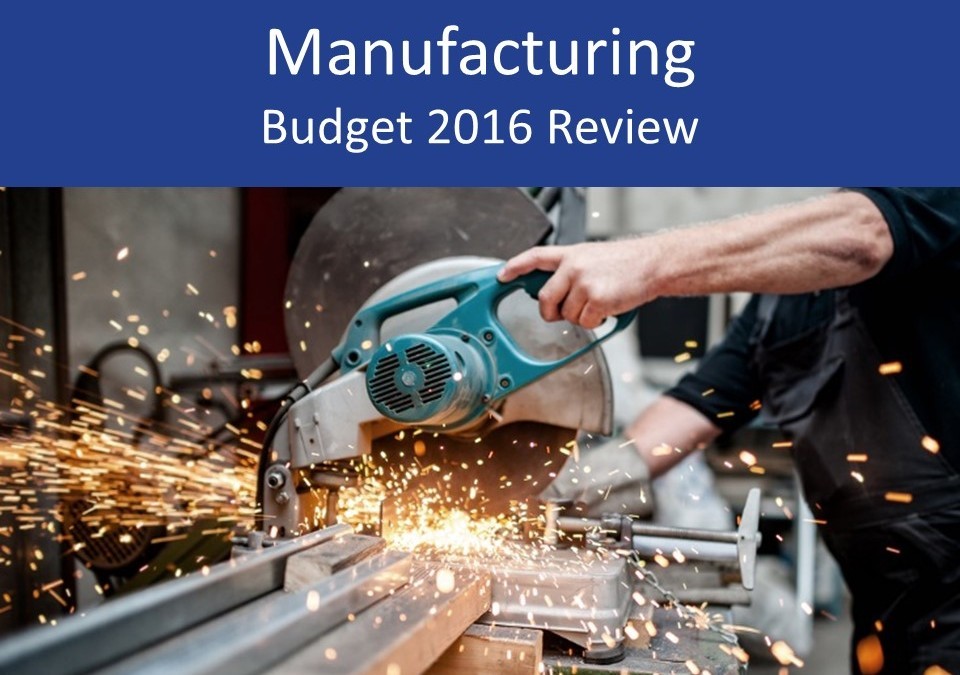 Welcome to our manufacturing 2016 Budget review

In the lead up to the 2016 Budget, manufacturers across the UK urged the Chancellor to provide additional financial support to the sector ahead of a raft of cost increases, including the new National Living Wage and the apprenticeship levy. With manufacturing being at the heart of the UK economy, it was critical that the government introduced measures in the 2016 Budget to support the UK manufacturers both at home and abroad.

Chris Hill, Partner at Hawsons, commented: “Whilst many of the challenges facing the UK manufacturing sector are of a global nature and occur in the global economy, there are a number of measures that the government could have introduced to give this struggling sector a much needed confidence boost.”

“There was no real mention of manufacturing in the Chancellor’s Budget, which will come as a surprise given the headlines the UK manufacturing sector has been making this year; most notably with the decline in the steel sector and pressures on employment. Having said that though, manufacturers will be relieved that the Chancellor did not add to employment costs as the sector gears up for the new National Living Wage and apprenticeship levy, and the reduction in corporation tax rates is very welcome news.”

The 2016 Budget was coined as ‘a Budget that backs small businesses’ and there were a number of measures that the Chancellor introduced that will bring good news for smaller manufacturers and their owners.

For larger manufacturers and multinationals, however, there was little good news to shout about. In particular, there was no additional details given about the new apprenticeship levy and how it will work in practice. There was no mention at all of the new levy in the Chancellor’s Budget. This is an important change to employment tax and a key issue for the manufacturing sector.

Introduced in last year’s Autumn Statement, the few details we know so far are that the government will introduce the apprenticeship levy in April 2017 and will only be paid on any paybill in excess of £3 million. 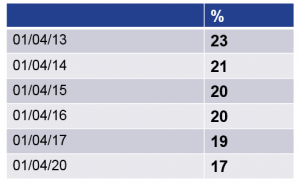 Terry Scuoler, Chief Executive of manufacturers’ organisation the EEF, said: “The continued inclusion, however, of investment in plant and machinery in business rate calculations is a disappointment for the steel industry in particular. Government will need to do more to support steel this year.”

This follows an EEF’s survey of members which shows that 42% of manufacturers would invest more if plant and machinery is removed from the calculation of business rates at Budget 2016.

The Chancellor said: “Many have complained bitterly to me about the complexity of the Carbon Reduction Commitment. It’s not a commitment; it’s a tax. So I can tell the House: we’re not going to reform it. Instead I have decided to abolish it altogether. And to make good the lost revenue – the Climate Change Levy will rise from 2019.”

Adding: “The most energy intensive industries like steel remain completely protected, and I’m extending the climate change agreements that help many others. The Energy Secretary and I are announcing £730 million in further auctions to back renewable technologies. And we’re now inviting bids to help develop the next generation of small modular reactors.”

The fuel duty freeze will be extended for another year, taking it to 6 years at the current rate at the end of 2016/17.

This is good news for both drivers and business owners and will be welcomed across the country. The freezing of fuel duty will particularly those who use vans or who take delivery of goods where using large amounts of fuels is unavoidable. As an example, the Chancellor announced that this would see a saving of an average of £270 for small business with a van.

Although not a big change, his is good news for the manufacturing sector.

One of the big hopes for many entrepreneurs on their small business 2016 Budget wish list would have been a revision to the planned dividend tax increase that is due to come into force from 6 April 2016. The planned dividend changes will put even greater financial pressure on small business owners, with many coining the new rules a tax on success.

Chris added: ”As well as the apprenticeship levy, there was another glaring exemption for owners in the Chancellor’s Budget – dividends. There were no announcements on the forthcoming dividends changes, which will see the proposals go ahead as planned. The changes are going to have major implications for business owners and some were hoping for a backtrack from the government that was not forthcoming.” 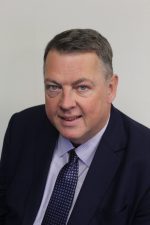