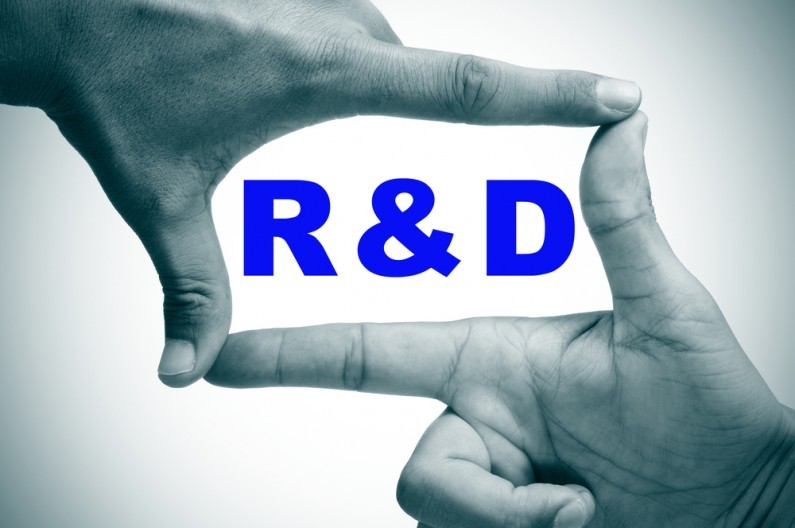 HMRC has now published its most recent R&D tax relief statistics (2013/14), and the picture remains very positive. The statistics show that companies – both SME and multinational alike – are continuing to claim relief on their R&D activity.

Since the introduction of the relief over 120,000 claims have now been made, amounting to over £11.4bn in tax relief claimed. Those numbers continue to grow. In total there were over 20,000 claims made in 2013/14 alone, with claims from SMEs increasing by 23%.

An important point to remember when thinking about R&D tax reliefs is that to claim this relief you don’t have to work in a lab or wear a white coat. This is one of the common misconceptions surrounding the relief, leading to many companies overlooking projects which may have qualified.

It is good to see a continuing rise in the number of R&D claims being made, particularly those from SMEs. However, there are still thousands of companies missing out.

From time to time we often hear people say that R&D tax relief only applies to certain industries, primarily the healthcare industry, or the manufacturing industry. This is not true. We have submitted successful claims for IT & software businesses, food & beverage businesses, as well as the more obvious healthcare, manufacturing and engineering businesses.

As the below table highlights, there are a large number of sectors where certain projects may qualify as R&D, so it is crucial that you speak to an advisor to maximise your tax-saving opportunities. With the government fully supporting innovative businesses across the UK, and with attractive corporation tax incentives now potentially available for many businesses, it has never been more important to consider your claims, whatever sector you operate in. In fact, the corporation tax relief could fund 46% of a company’s R&D expenditure.

The table below shows a breakdown of R&D tax relief claims by sector in 2013-14. 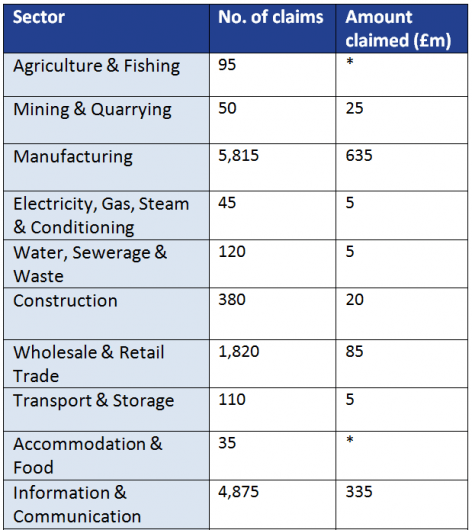 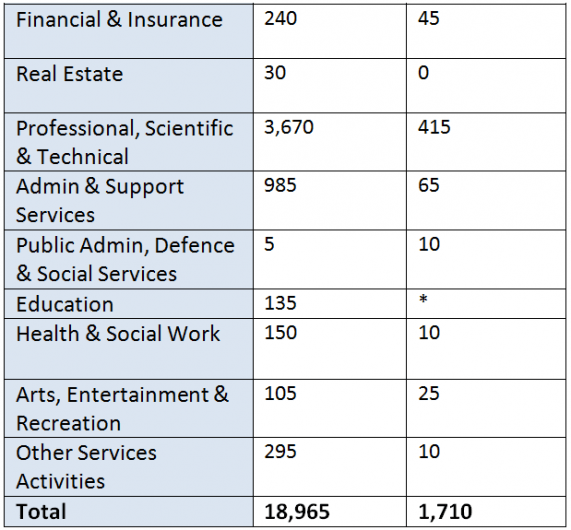 The figures and sector spread may surprise many

Stephen Charles, tax partner at Hawsons, said: “With almost a third of all R&D claims  – equating to over £600m of relief claimed – manufacturers continue to see innovation and R&D as a top strategic priority.”

“What is perhaps surprising for many is the scope of qualifying R&D claims across a large number of industries. However, there is strong evidence that many companies are still missing out, primarily due to overlooking and thus, not claiming, potentially eligible R&D projects. Many expect R&D tax claims in manufacturing, healthcare and IT, but sometimes do not consider its applicability to other, less obvious sectors such as arts, entertainment & recreation, transport & storage and wholesale & retail.”

You can also watch a short video on R&D tax relief for small and large companies:

“Since the introduction of R&D tax credits the rates of relief have increased significantly and the qualifying conditions relaxed. Subsequently, more companies than ever are claiming R&D tax relief on projects, with the amount claimed now totaling £11.4bn since 2000. The consequence of missing out, particularly for smaller, innovative companies cannot be understated. Whether you’re developing a new product, service or process or materially improving an existing one, or want to learn more about this generous tax relief, regardless of your industry, it may be worth speaking with Hawsons today.”