Understanding the pension system can sometimes be a complex process. This article outlines 6 things you need to know about the proposed pension reforms.

1. Withdraws from pensions set to be treated as income

One of the biggest changes announced with the new reforms is that people aged 55 or above will be able to withdraw their whole pension pot, as a cash sum and treat it as income.

Government guidelines summarise that no matter how much you decide to take out from a defined contribution pension after retirement, withdrawals from your pension will be treated as income. Previously, a full withdrawal would have been taxed at 55%.

Despite speculation earlier in the year, most people will still be able to take 25% tax-free cash from their pension pot. This can either be taken as one lump sum or as the first 25% of multiple lump sums. This new option will work by people opting not to take annuity, keep their pension where it is and take out multiple lump sums – this is referred to as ‘uncrystallised lump sums’.

A ‘defined benefit’ pension is typically a promise of a certain level of pension in retirement which is linked to your salary.

To benefit from the new reforms, people in the private sector or in a funded public sector scheme will now be able to transfer from a ‘defined benefit’.

4. Pass on pensions to others without paying any tax

From April 2015, the 55% penalty on funds passed on when someone dies before the age of 75 will be scrapped. Instead, people who die under 75 with defined contribution pensions can, from this date, pass on their unused pension as a lump sum without paying tax.

For people who die over the age of 75, the beneficiary will be able to draw down on the inherited pension at their normal rate of income. The inherited pension will be taxed at 45% if it is taken as a lump sum. The taxable percentage has been reduced from 55%.

6. The changes come into effect from April 2015

For information of users: The above information is correct as of the proposed budget reforms, but is subject to change before commencing in April 2015. 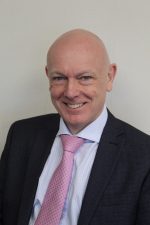 Nigel Smith is responsible for the Wealth Management company within Hawsons, providing Independent Financial Advice to individual and corporate clients.  For more details and advice, please contact Nigel on [email protected] or 0114 266 7141.[/author_info]