Rules for taxing partners due to change

The government has published draft legislation outlining how they aim to change the current rules for taxing partners in cases where the partnership’s year-end does not fall on 31 March or 5 April.

What changes are being proposed?

In the transition year (the 2022/23 tax year), the partner in this example would be taxed on the profits of the accounting year to 31 December 2022 plus 3 months’ worth of profits of the accounting year to 31 December 2023, but partners will be able to deduct ‘overlap profits’ (profits taxed twice in earlier tax years due to the tax rules).  As a result, this will mean that partners can be assessed to tax in 2022/23 on over one year’s worth of profits, so it is proposed that the tax due on the excess may be spread over 5 years.

Why are these changes being proposed?

The aim is to simplify tax legislation and put an end to the creation of overlap profits where a non-31 March year-end is in place. The main driver behind this is Making Tax Digital (MTD) for income tax which is the government programme requiring electronic real-time reporting of profits to HMRC.  HMRC has found it very challenging to input the current tax rules into the new reporting framework for MTD, with partnerships being particularly challenging. Therefore, HMRC believes that these changes are needed to enable MTD to be implemented from April 2023 as planned. The Chartered Institute of Taxation have reservations over the pace of the change and are urging the government to defer the start date of MTD for income tax.

Should partnerships change their year-end date to 31 March?

The change will have little or no impact on businesses who already use either the 5 April or 31 March as their year-end, but will introduce complexity for businesses with a different year-end.

Some partnerships have historically used a 30 April year-end so they can benefit from the inherent tax deferral on rising profits.  However, partnerships will be unable to obtain this benefit under the new regime which may cause some firms to consider changing their year-end to 31 March for the sake of ease.

Some businesses will want to continue to use their existing year-end date for commercial reasons (such as the seasonality of the business) and will need to weigh up the costs and benefits of changing.

The final legislation is expected to be published later this year.

Hawsons has a dedicated team of highly qualified and experienced personal tax accountants who provide personal tax compliance services and advice from our offices in Sheffield, Doncaster, and Northampton. 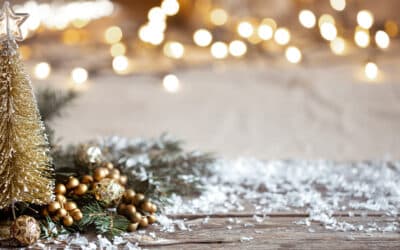 Christmas parties and staff gifts - a tax guide With the festive period now approaching, we are often asked by employers about the tax treatment of providing a staff Christmas party or giving gifts to employees. Here is a quick reminder of the rules for the tax year...

What are Freeports? VAT implications

A Freeport is designed to attract major domestic and international investment, these hubs of enterprise will allow places to carry out business inside a country’s land border but where different customs rules apply.​ At a Freeport, imports can enter with simplified...

The Institute for Fiscal Studies (IFS) has predicted that millions of people will be worse off in 2022 as a result of spiralling costs and tax rises. Responding to the Autumn Budget, the IFS predicted that low-income families will be squeezed by a rise in the cost of...