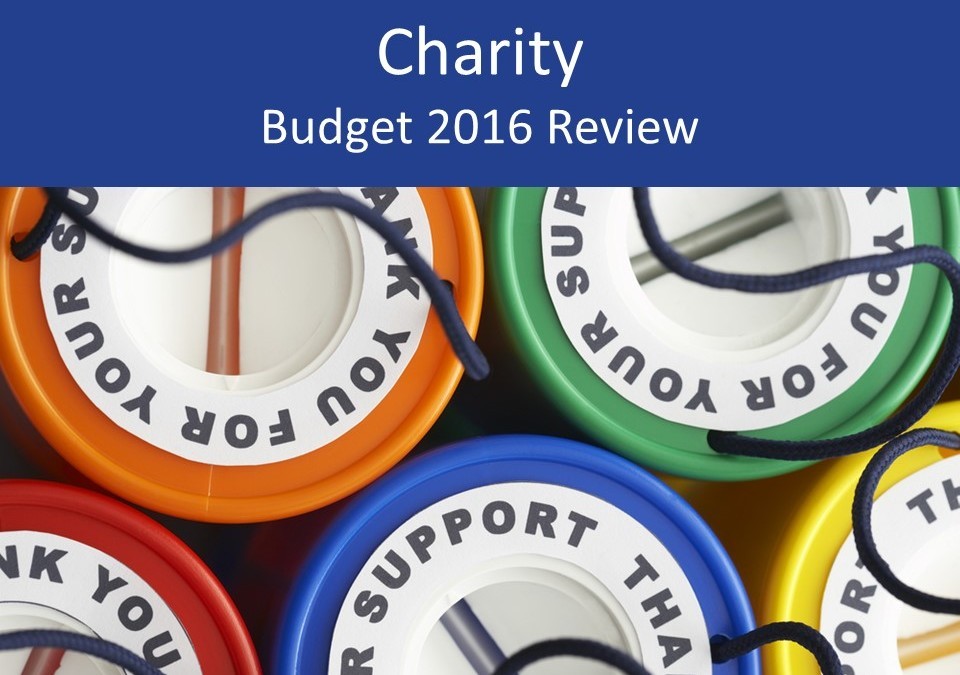 Welcome to our charity 2016 Budget review

In this charity 2016 Budget review we summarise the key points and developments arising from the 2016 Budget and focus specifically on what the changes may mean for the charity sector.

Not much in the Budget for charities

Simon Bladen, Partner at Hawsons, commented: “Although this was another opportunity for the government to pledge its support to the charity sector, as was probably expected, charities were not a key feature in the Chancellor’s 2016 Budget. There was a strong focus from the Chancellor on small businesses and individuals – ‘a Budget for the next generation’ was the key theme. There was hardly a mention of the charity and voluntary sector. There was, however, a number of small funding boosts for the charity sector, including a significant tax break for museums and galleries which will provide welcome support.”

“For the largest charities, it was disappointing to see no real clarification on the new apprenticeship levy. This is a new employment tax which is due to come into force next year and will create significant additional costs for those charities with a payroll in excess of £3m.”

Tax relief for museums and galleries

The Chancellor announced a number of measures that will benefit museums and galleries in the 2016 Budget, including that museums and galleries are to get tax relief to help cover the costs of developing temporary or touring exhibitions from April 2017. The announcements also included an extension of museum VAT refund eligibility, which will provide vital support to free museums up and down the country.

Alistair Brown, the Museums Association’s (MA) policy officer, says: “The MA has campaigned for a tax relief for touring exhibitions, and we are delighted to see this become a reality today.”

No change to the charitable rate relief

As the Chancellor promised an overhaul of business rates, there were growing and widespread concerns over the future of the charitable rate relief.

Simon added: “Perhaps the biggest announcement for the charity sector in this year’s Budget was that there was no announcement on the charitable rate relief. The charitable rate relief is an invaluable relief for the charities and is worth around £1.5bn a year to the sector. It is therefore very welcome news that the Chancellor confirmed after the Budget that the government will maintain the 80% mandatory business rates relief for charities.”