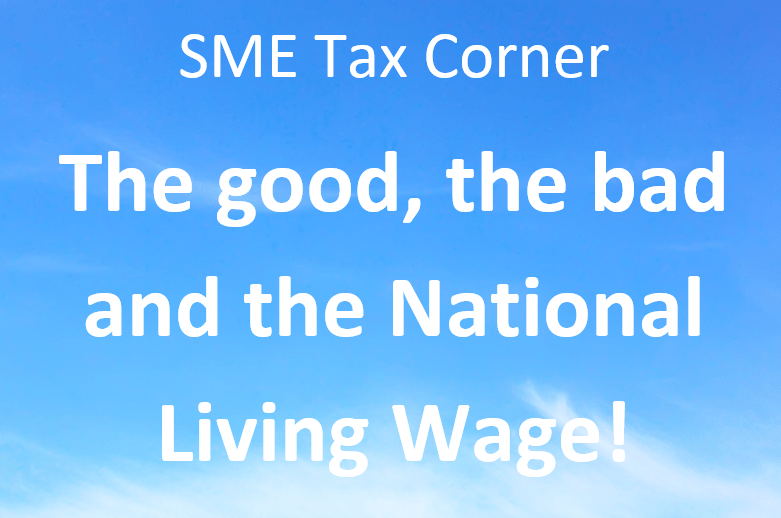 Welcome to our fifth edition of the SME tax corner.

There have been some big recent changes to a number of taxes that will bring both good and bad news to small businesses and their owners. In this month’s SME tax corner, ahead of the 2016 Budget in a few weeks, we look at the changes to Employment Allowance, the changes to the way dividend income is to be taxed and the impact of the introduction of the new National Living Wage.

The National Insurance Contributions (NIC) Employment Allowance was introduced from 6 April 2014. It is an annual allowance which is available to many employers and can be offset against their employer’s NIC liability.

Draft legislation has now been published setting out how the new rates of income tax on dividends and the new Dividend Allowance which will apply to dividends received on or after 6 April 2016. This confirms our understanding of how the new regime will operate following the initial announcement in July last year.

In summary, from April 2016, the notional 10% dividend credit will be abolished and replaced by a tax-free dividend allowance of £5,000 a year. The first £5,000 of dividend income in each tax year will be tax-free, and any dividend income above this allowance will be taxed at 7.5% for basic-rate taxpayers, 32.5% for higher-rate taxpayers and 38.1% for additional-rate taxpayers. On the whole, this is bad news for entrepreneurs and small business owners as many will see a tax increase. For more information please click on the link below.

The new ‘National Living Wage’ – the minimum wage for those aged 25 and over from April 2016  – has been at the forefront of many business owners’ minds since the announcement of its introduction in July 2015.

From its starting point of £7.20 per hour in April later this year (50p above the current National Minimum Wage), it is projected to rise to more than £9 per hour in 2020. The introduction of the new rate will vary from sector to sector (as the table below highlights) and has, understandably, left many employers concerned about how they will absorb their new costs. 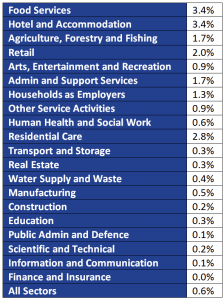 Estimated wage increases by sector by 2020 (Source: The Resolution Foundation)

It is also very important that employers take the time to consider the knock-on effect on supplier prices and other wage costs that the new National Living Wage may bring. For example, if a barman sees a 50p increase in his hourly pay through the introduction of the new National Living Wage, then the bar supervisor may also expect to see a 50p increase.