Hawsons are delighted to introduce our new rebranded logo. The sleek design fits in with the image we aim to give our clients and connections, of a professional, high-quality multi-disciplinary Accountancy and Business Advisory Firm.

Our new brand incorporates our slogan – ‘We’re with you’, a message that underpins our whole firm commitment to continue to support and advise our clients, large and small, such that we meet and exceed expectations. The firm has a proud history and has been operating for over 165 years and continues to develop and evolve to meet ever-changing circumstances and requirements.

The new branding captures and reflects the firm’s modern way of working and the new style will be shared by Hawsons Limited and the firm’s financial services arm – Hawsons Wealth Management Limited.

Although our logo has changed, the people at the firm remain the same and as such existing client relationships won’t change. As always, we are here to help.

Chris Hill, Senior Partner at the Hawsons, added; “We are really excited to launch the new logo and brand for 2021. We will continue to show  drive and commitment to all of our clients,  as we continue to offer them support throughout this difficult time and beyond, just as we have supported our clients since 1854.”

Our new brand has been received enthusiastically by our team, a number of whom have had an influence in its creation. 2021 will no doubt be another year of change and different challenges will arise. Hawsons will continue to embrace these with the energy and professionalism you would expect from your professional advisers.

Brexit’s Impact on Transport and Logistics

It’s all gone quiet over there…or has it?

Now that we are approaching a month into the brave new world of the UK being outside of the confines of the EU and well into a third Covid “lockdown”, one could be forgiven for thinking that the much-predicted bedlam at the UK’s major ports has largely failed to materialise given the relative lack of news stories featuring endless queues of lorries parked nose to tail on the M20 and M2.

The pre-Christmas pleadings of stricken lorry drivers anxious to return home for the Yuletide festivities are but a memory…or are they?

Rod McKenzie, managing director of policy at the Road Haulage Association, said the situation at Dover and other ports is “deteriorating” in a recent radio interview.

Scenes of lorries queued up on the approaches to ports would be “right at the top of the news agenda in any other year” he claimed.

Mr McKenzie blamed this on delays being caused “by a brand new mountain of red tape, which was introduced when we left the EU.”

His view was that this situation would be likely to get worse.

His comments came after foreign secretary Dominic Raab defended the UK’s deal with the EU, saying there would always be “teething problems” at the end of the transition period.

Mr Raab insisted the agreement was “a great deal” for the fishing industry in particular, some of whose Scottish workers descended on Whitehall in mid-January to protest against what they describe as “Brexit carnage”.

Exports of fresh fish and seafood have been severely disrupted due to increased bureaucracy and paperwork at UK ports, causing delays to the lorries transporting them.

Mr Raab added: “Of course, we’ve always said as we leave the transition period with a deal – but even more if we hadn’t had a deal – there will be some teething problems. We’re very focused on working with all of the different sectors, including the fishing industry, to resolve any of these teething problems.”

The Road Haulage Association and Department for Transport have issued some very helpful guidance for those businesses involved in transporting goods out of the UK and these can be accessed via the links below:

Paul Wormald, Transport and Logistics Partner commented “The observations being made by the RHA echo the feedback we are hearing from our clients who are reliant on the smooth transition of goods through our ports. We are working with our clients to help them understand what they need to do that they can still access markets and supplies without enduring excessive delays and inconvenience.”

At Hawsons we have a dedicated team of transport and logistics accountants at our offices in Sheffield, Doncaster, and Northampton.  With our experience in the transport and logistics sector, we are able to develop a close understanding of your business and, through active year round involvement, we can help you anticipate and deal with challenges quickly and effectively.

In December 2018 the Solicitors Regulation Authority (SRA) brought in the transparency rules. Firms were required to publish price and service information for particular services on their website. These rules were brought in by the SRA to ensure potential clients had accurate information about the firms they are considering to help them make informed choices.

The SRA has stepped up its approach and begun to enforce these rules after firms have been warned for over two years with additional advice and warning letters, with nine firms (one is appealing the decision) being maneuvered into enforcement action by the regulator already this year. The penalties range from a rebuke up to a £2,000 penalty. You can see a full list of penalties here.

The SRA reports that the recent COVID-19 lockdowns have made it more crucial than ever for law firms to provide a useful and detailed online presence. Following the transparency rules not only helps to avoid a penalty, but also demonstrates to potential clients that your services are competitive and affordable.

At Hawsons we have a dedicated team of solicitor accountants at our offices in Sheffield, Doncaster, and Northampton. We act for a large number of law firms across all three of our offices and offer a wide range of services which are tailored to meet their individual needs. Our legal client base consists of a multitude of firms of varying structure and size, from sole traders to limited companies and LLPs with corporate members.

What is Legal Data? Legal data is information classified as regarding law and is generated from multiple formats including time recording, knowledge banks, spreadsheets, legal documents, billing systems and more. This data is used in all areas of practice law. It is...

It’s no secret that many sectors are facing severe wage inflation with many locked in ongoing battles to retain their best staff. Indeed, as the economy begins to open up as Omicron-related restrictions are eased, many legal firms in particular are facing a backlog of...

However, it is important to be aware that the deadline for tax payments has not been extended and remains at 31 January 2021.  Therefore, taxpayers should still make payment of their liabilities by 31 January 2021, if possible, to avoid incurring late payment interest.

Taxpayers who are not able to make full payment of any liabilities owing by 31 January 2021 may be able agree a ‘Time to Pay’ arrangement with HMRC (though please note that late payment interest will still be charged if this is agreed).  The 2019-20 tax return must be submitted before applying to HMRC for a Time to Pay arrangement.

At Hawsons we have a dedicated team of personal tax accountants at our offices in Sheffield, Doncaster, and Northampton. We provide a broad range of personal tax services and tax advice to suit your needs. From self-assessment tax return preparation and submission to advice on working overseas, remuneration strategies, and Capital Gains Tax planning.

The introduction of Federal Corporate Tax in the UAE

The UAE’s Ministry of Finance (MoF) announced on 31 January 2022, the introduction of Federal Corporate Tax (CT) effective for accounting years starting on or after 1 June 2023. The UAE’s MoF stated that the reason for introducing CT was to “reaffirm the UAE’s... 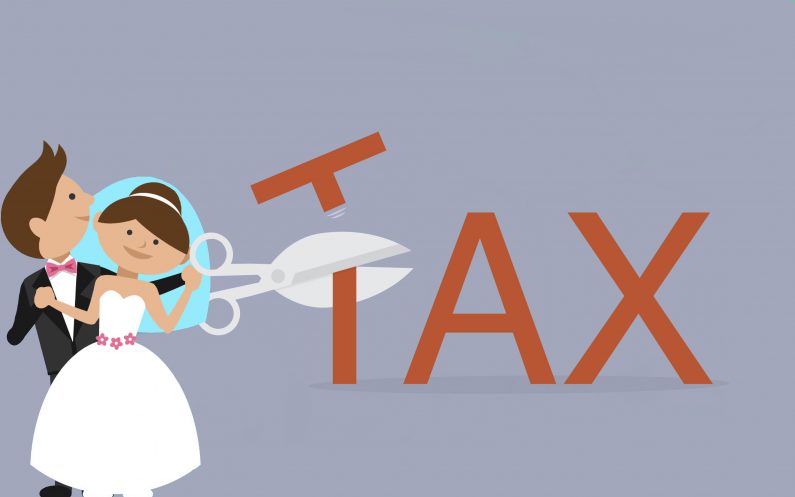 DAC6 – How have the rules changed since leaving the EU?

DAC6 is a system of mandatory reporting of cross-border tax arrangements, where these affect one or more EU member states and fall into one or more particular characteristics (hallmarks).

Following the UK leaving the EU, DAC6 will no longer be applied in its entirety. It is being replaced by OECD rules, the main difference being, arrangements that still need to be reported under DAC6 are restricted to any that fall into Category D of Part II of the rules.

In order to move across to International from EU standards, as soon as it is practical the government will repeal the existing legislation on how DAC6 affects your business. They will then implement DAC6 in the UK and introduce the OECD’s Mandatory Disclosure Regime (MDR).

If you have any queries please don’t hesitate to contact Tax Partner, David Cairns on 01604 645 600, or email him [email protected].

Reform of R&D tax relief In Spring 2021, the government announced a review of R&D reliefs with the objective of ensuring the UK remains a competitive location for cutting edge research and that the tax reliefs provided to businesses continue to be fit for...

The government has announced that the new penalty regime for VAT, which was due to be introduced from 1 April 2022, will now be delayed until January 2023. The delay is to provide HMRC with extra time to ensure their IT systems are ready and well tested. The new...